CBS Home Entertainment and Paramount Home Media Distribution have announced that on August 23 they will release NCIS: The Thirteenth Season on DVD, before the Series Returns to CBS this Fall for Season 14.

Dive into the newest, thrilling episodes of the #1 drama series on television, as the DVD will feature all 24 exhilarating episodes and includes a wide array of bonus features. 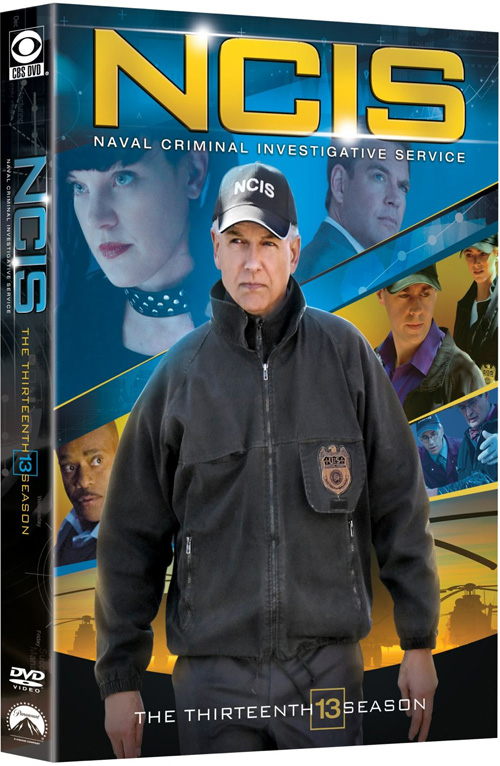 As long-time star Michael Weatherly takes his final bow, The Definitive DiNozzo featurette includes special tributes to the actor from the cast, producers and crew. The explosive special feature BOOM, dives into all the action with a special a look at some of the unforgettable explosions that take place in the series. To celebrate the tremendous success of NCIS, Celebrating 300 features commentary from the cast and crew on filming 300 episodes. Heroes’ Song goes behind the scenes of the 300th episode, “Scope,” which features a special appearance from the MusiCorps and guest star Taye Diggs. All’s Fair in Love and War profiles the breakup between Agent Ellie Bishop and her NSA husband Jake, also diving into the commitment between Agent Tim McGee and his girlfriend, Delilah. The Agency Turns 50 highlights the 50th anniversary celebration of the real-life NCIS, including fascinating interviews with actual agents. Last, Crossing Over: A Look at “Sister City” profiles the special two-hour episode when the NCIS cast meets the stars of NCIS: New Orleans.

In Season 13 of the hit series NCIS, the missions turn personal when a hostage situation traps one of their own, new evidence calls the unit’s conclusions into question, and a threat from the past targets the team and their allies. Yet even when the danger hits close to home, Special Agent Jethro Gibbs (Mark Harmon) knows he can count on his supremely skilled team to cope with the crises that affect U.S. military personnel and national security. As the stakes rise higher than ever, Special Agent Anthony DiNozzo (Michael Weatherly) makes his final exit in the unforgettable conclusion.