Earlier today at the “Star Trek 50th Anniversary” panel at San Diego Comic-Con International, Executive Producer of the new ‘Star Trek’ series, Bryan Fuller, treated fans in Hall H to the exclusive first look at the test flight of the U.S.S. Discovery, the newest Starfleet ship for the franchise’s return to television.

The ship name will also serve as the official title for the highly anticipated new series, STAR TREK: DISCOVERY, coming to CBS All Access in January 2017, following the premiere on the CBS Television Network.

The panel, moderated by Fuller, honored the golden anniversary and the indelible mark the iconic franchise has left on fans around the world, and featured stars from previous iterations of the beloved series, including William Shatner, Brent Spiner, Michael Dorn, Jeri Ryan and Scott Bakula. 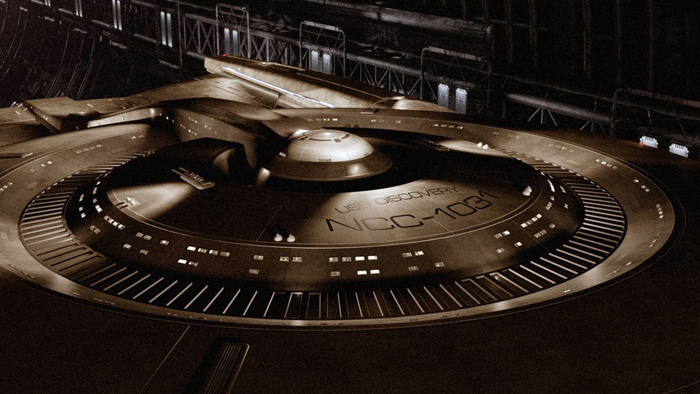