When FBI Profiler Alicia Brown (Claire Forlani) finds a body in her bed, she is forced to join McGarrett in the hunt for the chess-piece killer. Also, Kono reconnects with a former surfing competitor (Kanya Sesser), who is now a disabled and homeless war vet. 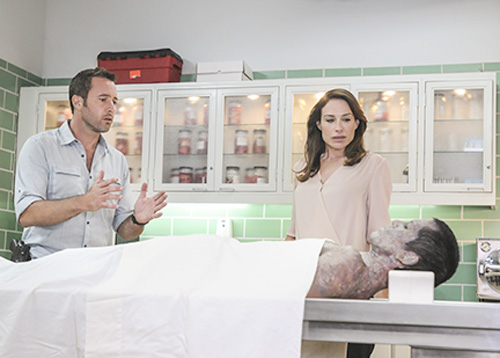