CBS Entertainment has released the Official Synopsis of Code Black episode “Sleight of Hand” (2.09) that will be aired on Wednesday, November 30 at 10:00-11:00 PM.

Willis, Leanne and Jesse risk their lives to operate on an officer with an explosive bullet lodged in her leg. Also, Mario, Noa and Guthrie treat a magician, Johnny Prentiss (Penn Jillette), who comes to Angels with trouble breathing. 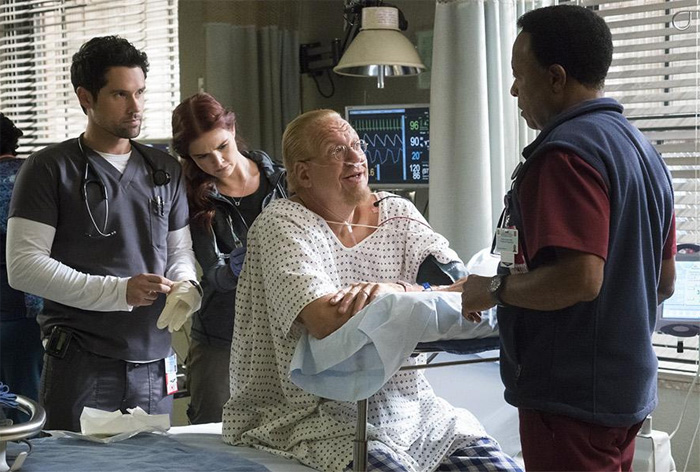 “Sleight of Hand” (#209) is written by Julian Meiojas and directed by Rob Greenlea.