CBS Entertainment has released the Official Synopsis of Scorpion episode “Wreck the Halls” (3.11) that will be aired on Monday, December 19 at 10:00-11:00 PM.

It’s Christmas Eve and Team Scorpion’s electronics-free mountain getaway turns deadly when they come across gun-runners, and Ralph is kidnapped when they try to escape. Also, Tim makes an important decision about his position with Team Scorpion. 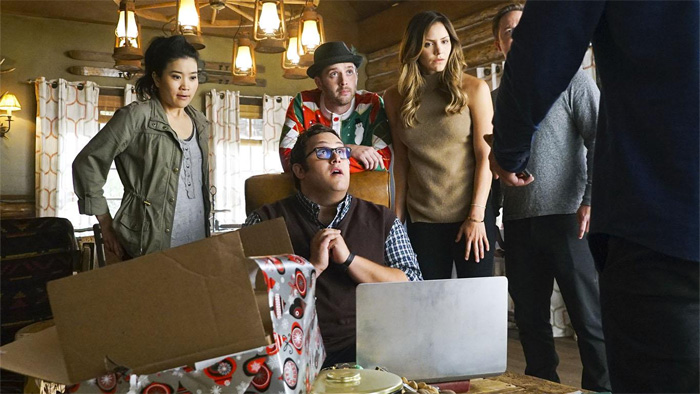 “Wreck the Halls” (#311) is written by Kim Rome & Nicholas Wootton and directed by Sam Hill.