CBS Entertainment has released the Official Synopsis of Code Black episode “Exodus” (2.11) that will be aired on Wednesday, December 21 at 10:00-11:00 PM.

A code black at Angels Memorial takes a turn for the worse when a city- wide blackout leaves the hospital without power or back-up generators. As Campbell and Leanne divert high-risk patients to a nearby care center, Elliot and Heather are trapped in an elevator with a woman in labor, and Willis and Dr. Nolan (Kathleen Rose Perkins) try to help a 92-year-old woman who thinks it’s 1942. 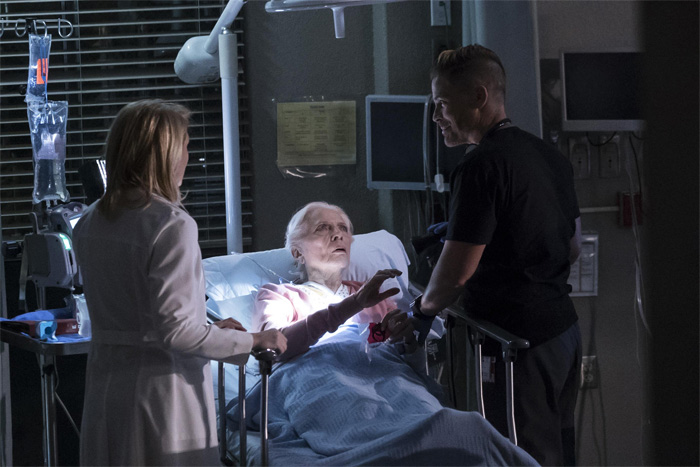 “Exodus” (#211) is written by Corey Evett & Matthew Partney and directed by Jet Wilkinson.