While tracking down the dangerous fugitive Aaron Deckard (Anthony DiRocco), Mac and Jack face the notorious Colton family of bounty hunters who already kidnapped their mark. Now, using a hook and a car cable, Mac must extract the criminal from the Colton’s, who are unaware of the deadly situation they’re in. Also, Bozer and Riley try to hack into Jack’s CIA file to find out about his history with Matty. 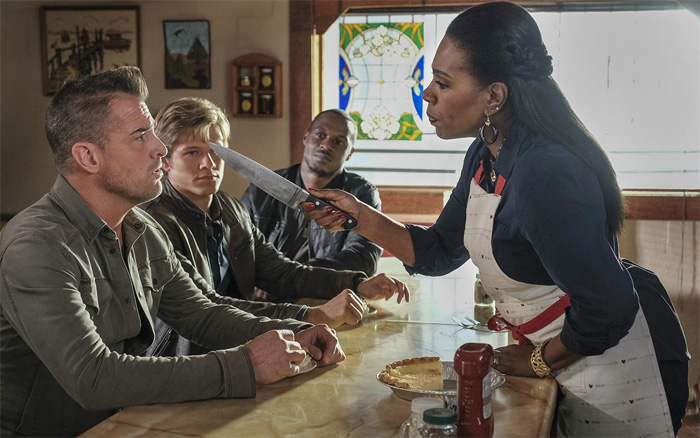 “Hook” (#115) written by Nancy Kiu and directed by Tawnia McKiernan.