Bozer’s first overseas mission goes terribly wrong when Mac and the team are blamed for a terrorist bombing and the Phoenix Foundation is forced to disavow them. Using a ruler and coconut oil to make disguises, the team must avoid authorities and clear their names without any support from back home. 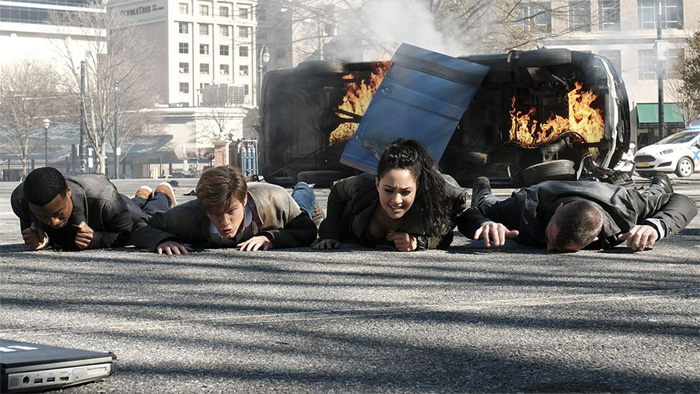 “Ruler” (#117) written by Andrew Karlsruher and directed by Antonio Negret.