CBS Entertainment has released the Official Synopsis of MacGyver episode “Flashlight” (1.18) that will be aired on Friday, March 10 at 08:00-09:00 PM.

This is a special crossover episode of MacGyver.

When Mac and the team travel to Hawaii to aid in earthquake relief efforts, they team up with Chin (Daniel Dae Kim) and Kono (Grace Park) from the Five-0 task force to rescue a group of government scientists trapped in a building. However, as they work on the complicated rescue, a group using the chaos as a distraction aims to steal the top-secret weaponry from the scientists. 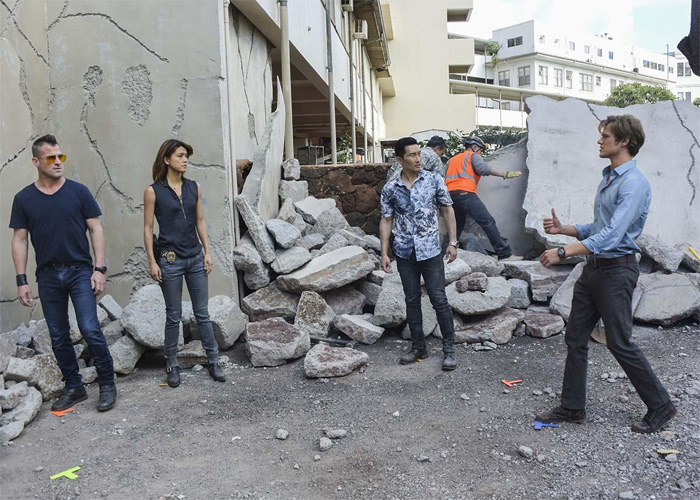 “Flashlight” (#118) written by Lindsey Allen and directed by Jonathan Brown.