CBS has announced that it has renewed four more drama series for the 2019-2020 broadcast season. SEAL TEAM, S.W.A.T., HAWAII FIVE-0 and MACGYVER will return to the CBS lineup next season. With these pickups, CBS has now renewed 18 series for next year. 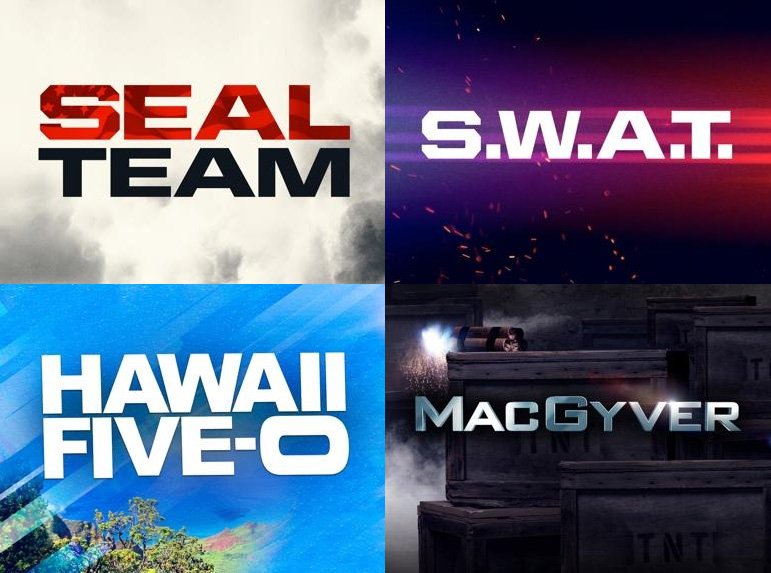 SEAL TEAM is a military drama that follows the professional and personal lives of the most elite unit of Navy SEALs as they train for, plan and execute the most dangerous missions that our country can ask of them.

Inspired by the classic television series and feature film, S.W.A.T. tells the story of a locally born-and-raised sergeant tasked with running a specialized tactical unit that is the last stop in law enforcement in Los Angeles.

HAWAII FIVE-0 is a contemporary take on the classic series about an elite federalized task force whose mission is to wipe out the crime that washes up on the islands’ sun-drenched beaches.

MACGYVER is an action-adventure drama about 20-something Angus “Mac” MacGyver, who creates a clandestine organization within the U.S. government, where he uses his extraordinary talent for unconventional problem-solving and his vast scientific knowledge to save lives.

CBS announced today that it has renewed NCIS: NEW ORLEANS and NCIS: LOS ANGELES for the 2019-2020 season. The pickups follow the recent renewal...
Read more
CBS

CBS has announced that it has renewed two freshman series for the 2019-2020 broadcast season. FBI and MAGNUM P.I. will all return to the...
Read more

Freeform has released thirty-four Promotional Photos of Good Trouble episode "Truths and Dares" (2.17) that will be aired on Wednesday, February 26 at 10:00-11:00...
Read more

Freeform has released twenty-four Promotional Photos of Motherland: Fort Salem episode "Say the Words" (1.01) that will be aired on Wednesday, March 18 at...
Read more

ABC released Promotional Photos of The Rookie episode Now and Then

CBS Entertainment has released twenty-six Promotional Photos of Hawaii Five-0 episode "Lost in the Sea Sprays" (10.18) that will be aired on Friday, February...
Read more

Starz has released thirteen Promotional Photos of Outlander episode "Between Two Fires" (5.02) that will be available on Sunday, February 23. Get a first look...
Read more
187FansLike
153FollowersFollow
183FollowersFollow