In midseason, original programming includes 9-1-1 and the #1 new drama 9-1-1: LONE STAR; along with new comedy CALL ME KAT, starring Mayim Bialik and executive-produced by Bialik and Jim Parsons; and new animated comedies THE GREAT NORTH and HOUSEBROKEN. Also part of FOX’s 2020-2021 programming slate are all-new seasons of animated comedy DUNCANVILLE, starring and executive-produced by Amy Poehler; and Ramsay’s HELL’S KITCHEN.

“The effects of this global health crisis leave no business unaffected. As a media company that prides itself on an entrepreneurial spirit and the focus that comes with doing fewer things better, we mobilized, swiftly creating an entirely new, original-programming lineup for the fall to share with our partners this upfront,” said Charlie Collier, CEO, FOX Entertainment “In remote meetings with advertising and marketing partners over recent weeks, we sought to listen first and understand each partner’s unique concerns. Our primary goal is to help them back to business, so in turn, the message we’ve shared is one of relative stability on FOX, combining the best of primetime sports and entertainment with which to help our partners and their customers back to market.”

“Now, more than ever, consistency, results and stability take on an all new emphasis,” said Marianne Gambelli, President, FOX Ad Sales. “FOX is primed and ready for the fall with a great deal of stability across our entire programming lineup, featuring premium content that continually resonates with viewers, and the necessary scale that builds demand and produces results. During these uncertain times, we remain focused on the individual business needs of our partners and will continue to work with them to develop custom solutions with our unmatched offerings of assets to help drive their businesses forward.”

The all-new series premiering this fall are NEXT and FILTHY RICH.

From creator and executive producer Manny Coto (“24: Legacy”), executive producer Charlie Gogolak (“This Is Us”) and executive producers and directors John Requa and Glenn Ficarra (“This Is Us”), NEXT is a propulsive, fact-based thriller about the emergence of a deadly, rogue artificial intelligence that combines pulse-pounding action with a layered examination of how technology is invading our lives. The event series stars Emmy Award nominee John Slattery (“Mad Men”) as a Silicon Valley pioneer, who discovers that one of his own creations – a powerful A.I. – might spell global catastrophe. He teams up with a cybercrime agent (Fernanda Andrade, “The First”) to fight a villain unlike anything we’ve ever seen – one whose greatest weapon against us is ourselves. The series also stars Michael Mosley (“Ozark”), Jason Butler Harner (“Ozark”), Eve Harlow (“Agents of S.H.I.E.L.D.”), Aaron Moten (“Mozart in the Jungle”), Gerardo Celasco (“How to Get Away with Murder”), Elizabeth Cappuccino (“Jessica Jones”) and Evan Whitten (THE RESIDENT). 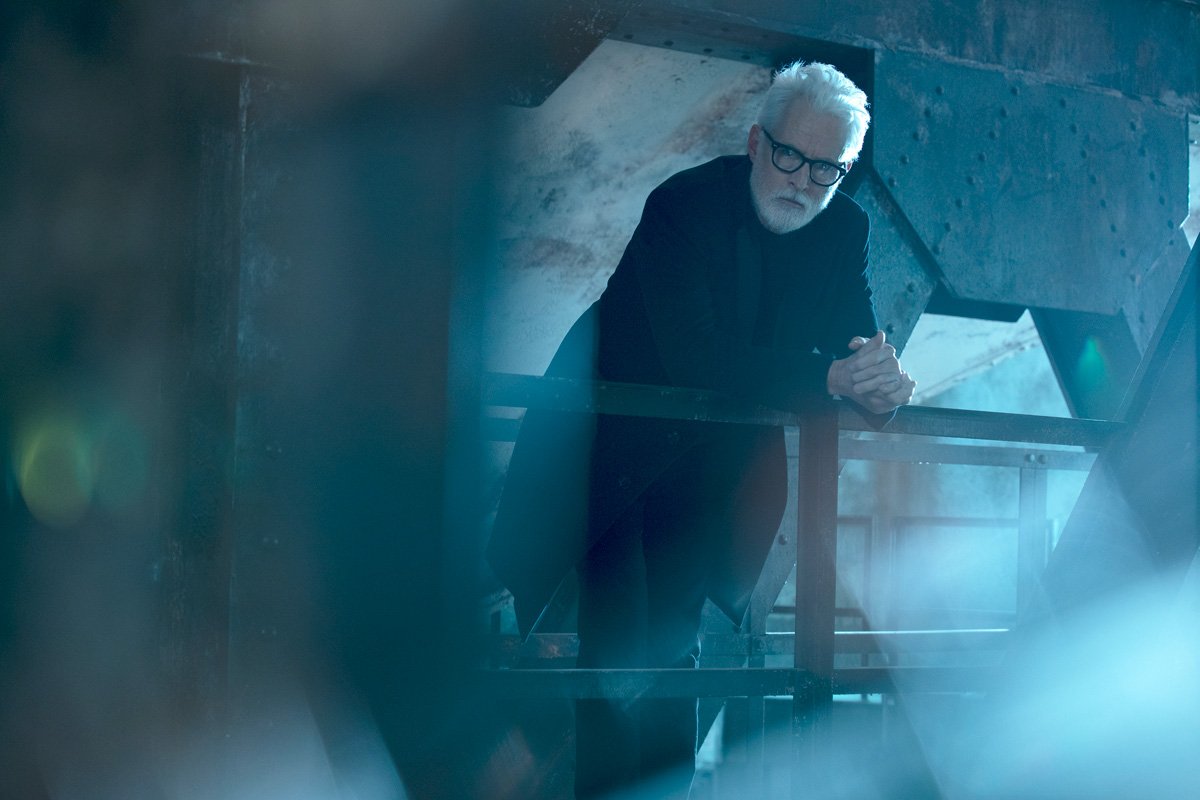 FILTHY RICH is a southern Gothic family soap in which wealth, power and religion collide – with outrageously soapy results. When the patriarch (Emmy Award winner Gerald McRaney, “This Is Us,” “24: Legacy”) of a mega-rich Southern family, famed for creating a wildly successful Christian television network, dies in a plane crash, his wife (five-time Emmy Award nominee and Screen Actors Guild and Golden Globe winner Kim Cattrall, “Sex and the City”) and family are stunned to learn that he fathered three illegitimate children, all of whom are written into his will, threatening their family name and fortune. With monumental twists and turns, FILTHY RICH presents a world in which everyone has an ulterior motive – and no one is going down without a fight. From writer/director Tate Taylor (“Ma,” “The Help,” “The Girl on the Train”), the series also stars Melia Kreiling (“Tyrant”), Aubrey Dollar (“Battle Creek”), Corey Cott (“The Good Fight”), Benjamin Levy Aguilar (“Straight Outta Compton”), Mark L. Young (“We’re The Millers”) and Olivia Macklin (“LA to Vegas”), with Emmy Award nominee Steve Harris (“The Practice”) and Aaron Lazar (“Quantico,” “The Strain”). Kim Cattrall also serves as a producer on the series. 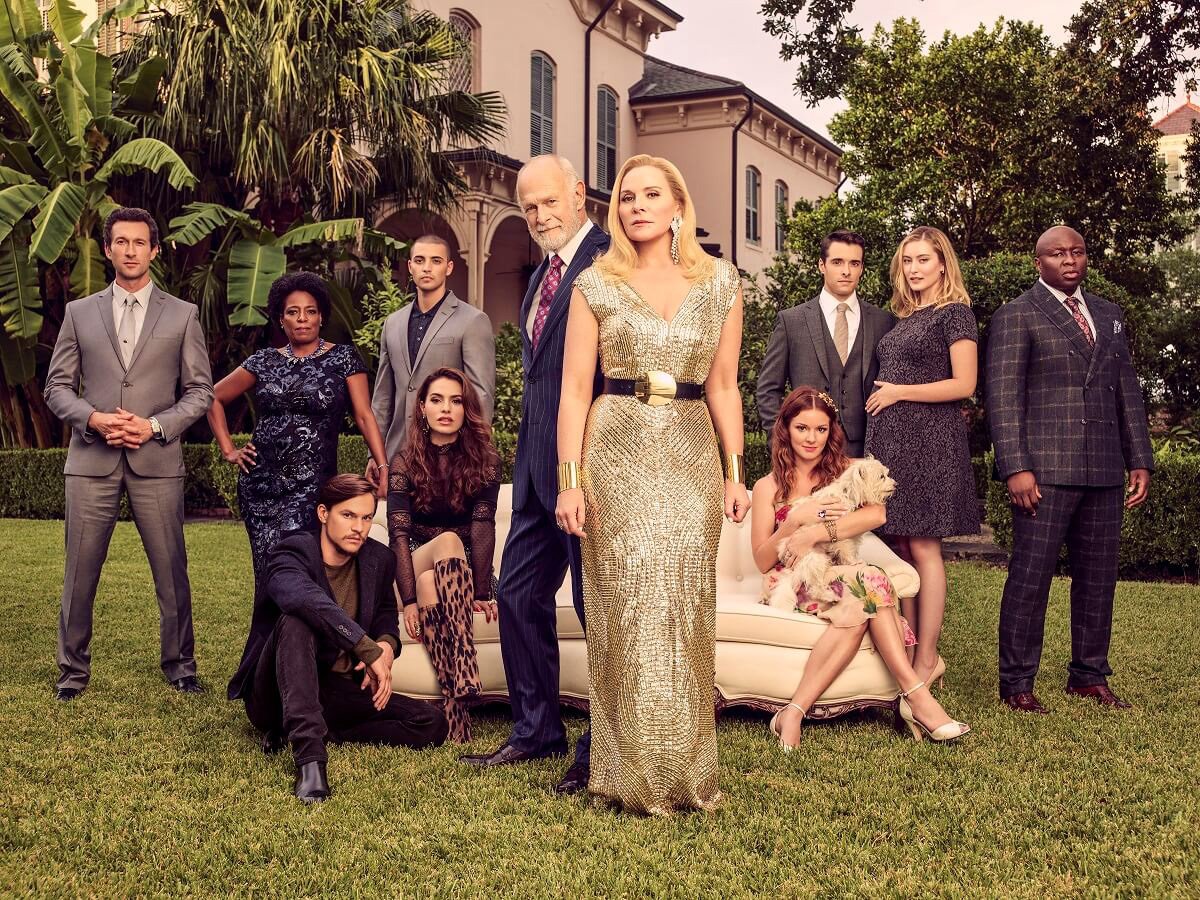 Returning with all-new episodes this fall are THE MASKED SINGER, THE SIMPSONS, BLESS THE HARTS, BOB’S BURGERS, FAMILY GUY and MASTERCHEF JUNIOR.

THE MASKED SINGER is the #1 show on television, drawing a massive audience of nearly 30 million viewers across platforms in its post-Super Bowl Season Three premiere. The singing competition series features celebrities facing off against one another with one major twist: each singer is shrouded from head-to-toe in an elaborate costume, complete with full face mask to conceal his or her identity. With each performance, the host, panelists, audience, viewers and even the other contestants are left guessing who is singing behind the mask. Ranging from Grammy Award winners to legendary athletes, and everything in between, the singers may attempt to throw the crowd off their scent, while keen observers might pick up on tiny clues buried throughout the show. One singer will be eliminated each week, ultimately revealing his or her true identity. Season Four of THE MASKED SINGER premieres this fall.

Created and executive-produced by Emmy Award winner Emily Spivey, and featuring a voice cast of comedy all-stars, including Kristen Wiig, Maya Rudolph, Jillian Bell, Ike Barinholtz and Kumail Nanjani, animated comedy BLESS THE HARTS follows the Harts, a Southern family that is always broke, and forever struggling to make ends meet. They one day hope to achieve the American dream, but they’re already rich – in friends, family and laughter.

BOB’S BURGERS follows BOB (H. Jon Benjamin) and his ever-quirky family who together run the restaurant Bob’s Burgers. In addition to its 2019 Emmy Award nomination for Outstanding Animated Program, the series has been nominated in the same category in 2014, 2015, 2016, 2017 and 2018, having won the award twice, its first Emmy Award in 2014 and in 2017. The series also recently was nominated for a Critics’ Choice Award and an Annie Award. In addition to Benjamin, BOB’S BURGERS features the voices of John Roberts, Kristen Schaal, Eugene Mirman, Dan Mintz and Larry Murphy. Bento Box Entertainment serves as the program’s animation studio.

FAMILY GUY continues to entertain its die-hard fan base with razor-sharp humor, spot-on parodies, spectacular animation and orchestra-backed original music. Since its debut in 1999, the series has reached cult status among fans, and its breakout star, a talking baby, has become one of the greatest TV characters of all time. FAMILY GUY has racked up numerous awards, including an Emmy Award nomination for Outstanding Comedy Series, only the second animated series in television history to be honored with such a distinction. Most recently, series creator and lead voice actor Seth MacFarlane (voices of “Peter Griffin,” “Stewie Griffin,” “Brian Griffin” and “Glen Quagmire”) won the 2019 Emmy Award for Outstanding Character Voice-Over Performance. Cast member Alex Borstein (voice of “Lois Griffin”) won the 2018 Emmy Award in the category. MacFarlane also was nominated that year. He won the 2017 and 2016 Emmy Award in the category, and was nominated from 2013 to 2015.

Entering its eighth season, MASTERCHEF JUNIOR gives talented kids between the ages of 8 and 13 the chance to showcase their culinary abilities and passion for food through a series of delicious challenges. The hit culinary competition series features world renowned chef Gordon Ramsay, acclaimed chef Aarón Sánchez and nutrition expert, author and new judge Daphne Oz. This season, the pint-sized contestants will cook a meal for diners at a historical renaissance fair; see how they size up to monster trucks at a motocross track; welcome Gordon’s daughter, Tilly Ramsay, back to the MASTERCHEF kitchen for a donut challenge; and participate in a WWE-themed episode until one talented kid is named America’s newest MASTERCHEF JUNIOR, taking home the MASTERCHEF JUNIOR trophy and $100,000 grand prize.

From the universe of the Jerry Bruckheimer “Bad Boys” franchise and Sony Pictures Television, the one-hour series L.A.’S FINEST follows Syd Burnett (Gabrielle Union), last seen in Miami taking down a drug cartel, who has seemingly left her complicated past behind to become an LAPD detective. Paired with a new partner, Nancy McKenna (Jessica Alba), a working mom with an equally complex history, Syd is forced to confront how her unapologetic lifestyle may be masking a greater personal secret. Taking on the most dangerous criminals in Los Angeles while skirting the rules, and speed limits, Syd and Nancy become a force to be reckoned with – on the streets, and in each other’s lives. 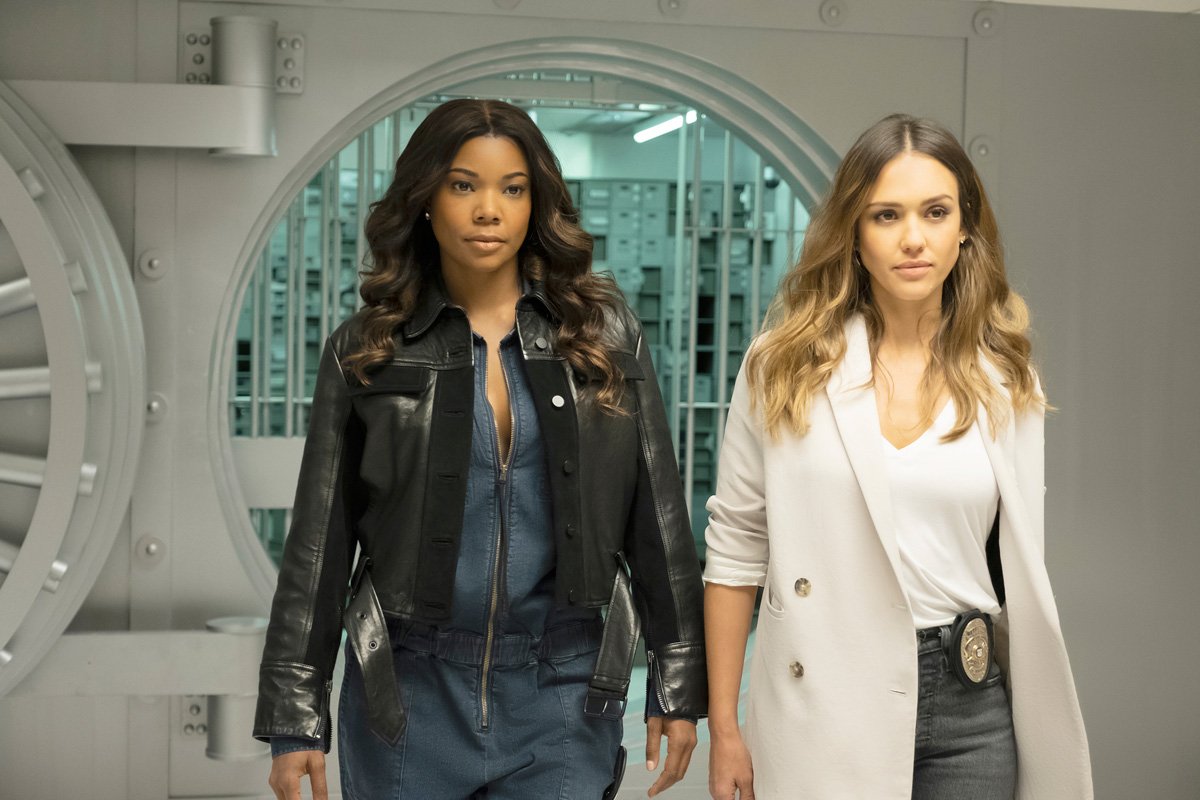 Returning for its third installment, the Emmy and Peabody Award-winning COSMOS will once again be executive-produced, written and directed by Ann Druyan (NASA’s Voyager Record, “Cosmos: A Personal Voyage,” “Contact”); executive-produced by Seth MacFarlane, Brannon Braga and Jason Clark; and hosted by Neil deGrasse Tyson, the famed pop-culture icon and astrophysicist. Continuing the legacy of its predecessors, COSMOS: POSSIBLE WORLDS will translate the revelations of science into a lavishly transporting experience, taking audiences on a series of spiritual voyages of exploration. Created and produced in partnership with the National Geographic Channel, which aired the series this spring, the new season will reveal previously uncharted realms, including lost worlds and worlds to come, and those that we may one day inhabit in a thrilling future we can still have.

Additional pickups, schedule information and specials to be announced.