Just in time for the seventh season premiere of the highest-rated series on The CW, fans will be zooming into stores to pick up The Flash: The Complete Sixth Season as Warner Bros. Home Entertainment releases the Blu-ray and DVD on August 25, 2020. 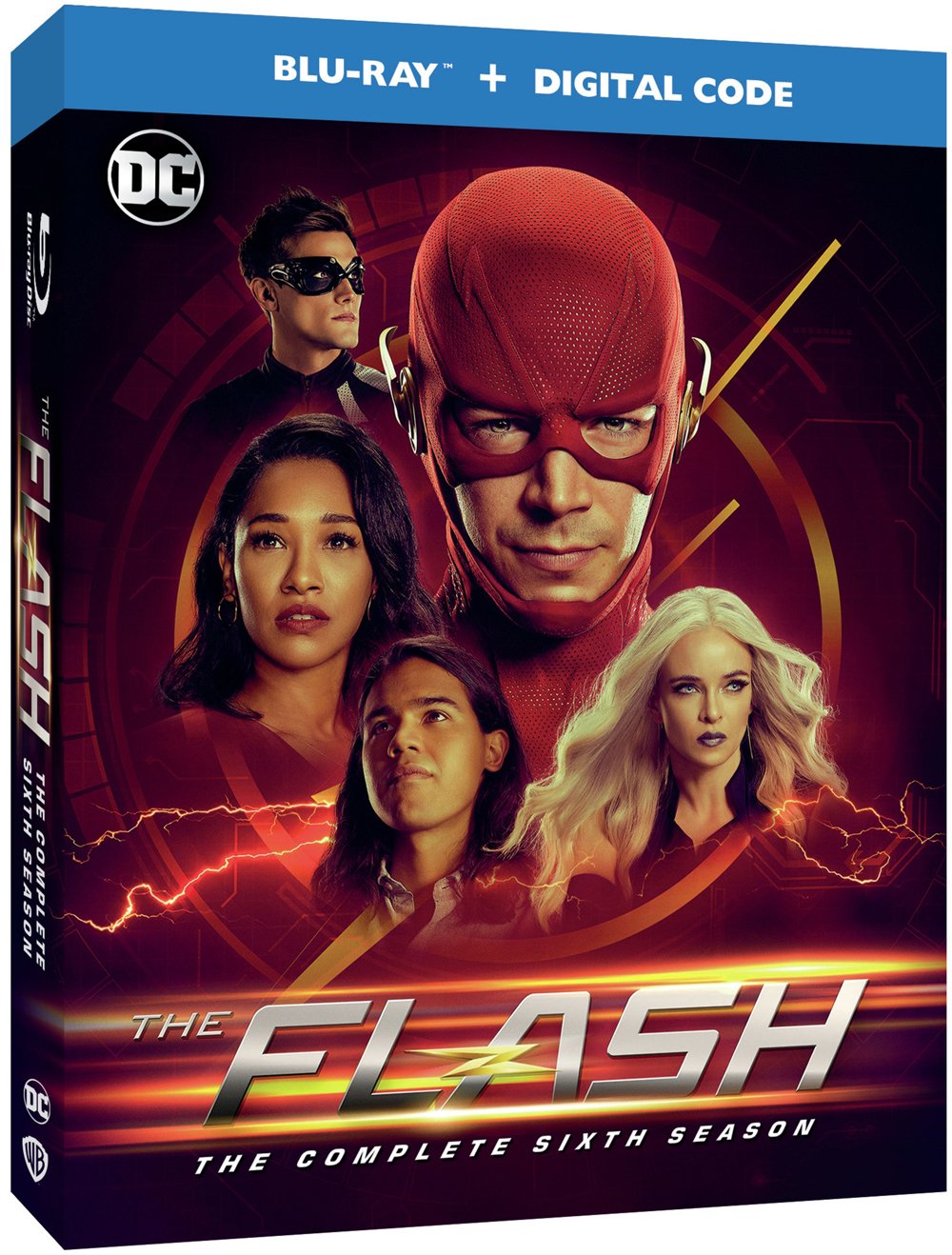 “After six strong seasons, The Flash continues to score in ratings and ranks as the top series for The CW,” said Rosemary Markson, WBHE Senior Vice President, Television Marketing. “This must own set is filled with in-depth bonus content that fans and DC fanboys will be eager to check out to add to their Blu-ray or DVD collections; including the all-new black and white version of the “Kiss Kiss Breach Breach – Noir” episode with commentary by showrunner/ executive producer Eric Wallace.”

Last season, Team Flash spent the last year dealing with not one, but two Cicadas, the return of Eobard Thawne, aka Reverse Flash, and the surprise arrival from the future of Barry and Iris’ daughter, Nora West-Allen, aka XS. The stakes were higher than ever during the season five finale. In season six, Team Flash contends with not one, but two all-new villains – Bloodwork and Mirror Master!

Averaging over 1.8 million viewers weekly*, viewers will be able to speed-watch all 19 gripping episodes from the #1 series on The CW, plus a never-before-seen “Kiss Kiss Breach Breach – Noir” episode with commentary by showrunner/ executive producer Eric Wallace. Other special features include: The Best of DC TV’s Comic-Con Panels San Diego 2019, deleted scenes and a gag reel. A limited-edition bonus disc featuring all five DC Crossover Event Crisis on Infinite Earths episodes will be available exclusively for fans who purchase the Blu-ray. The Flash: The Complete Sixth Season is priced to own at $39.99 SRP for the DVD ($44.98 in Canada) and $44.98 SRP for the Blu-ray ($49.99 in Canada), which includes a Digital Copy (U.S. only). The Flash: The Complete Sixth Season is also available to own on Digital via purchase from digital retailers.

DIGITAL
The sixth season of The Flash is also currently available to own on Digital. Digital allows consumers to instantly stream and download all episodes to watch anywhere, anytime on their favorite devices. Digital is available from various retailers including iTunes, Amazon Video, PlayStation, Vudu, Xbox and others. A Digital Copy is also included with the purchase of specially marked Blu-ray discs (available in the U.S.) for redemption and cloud storage. 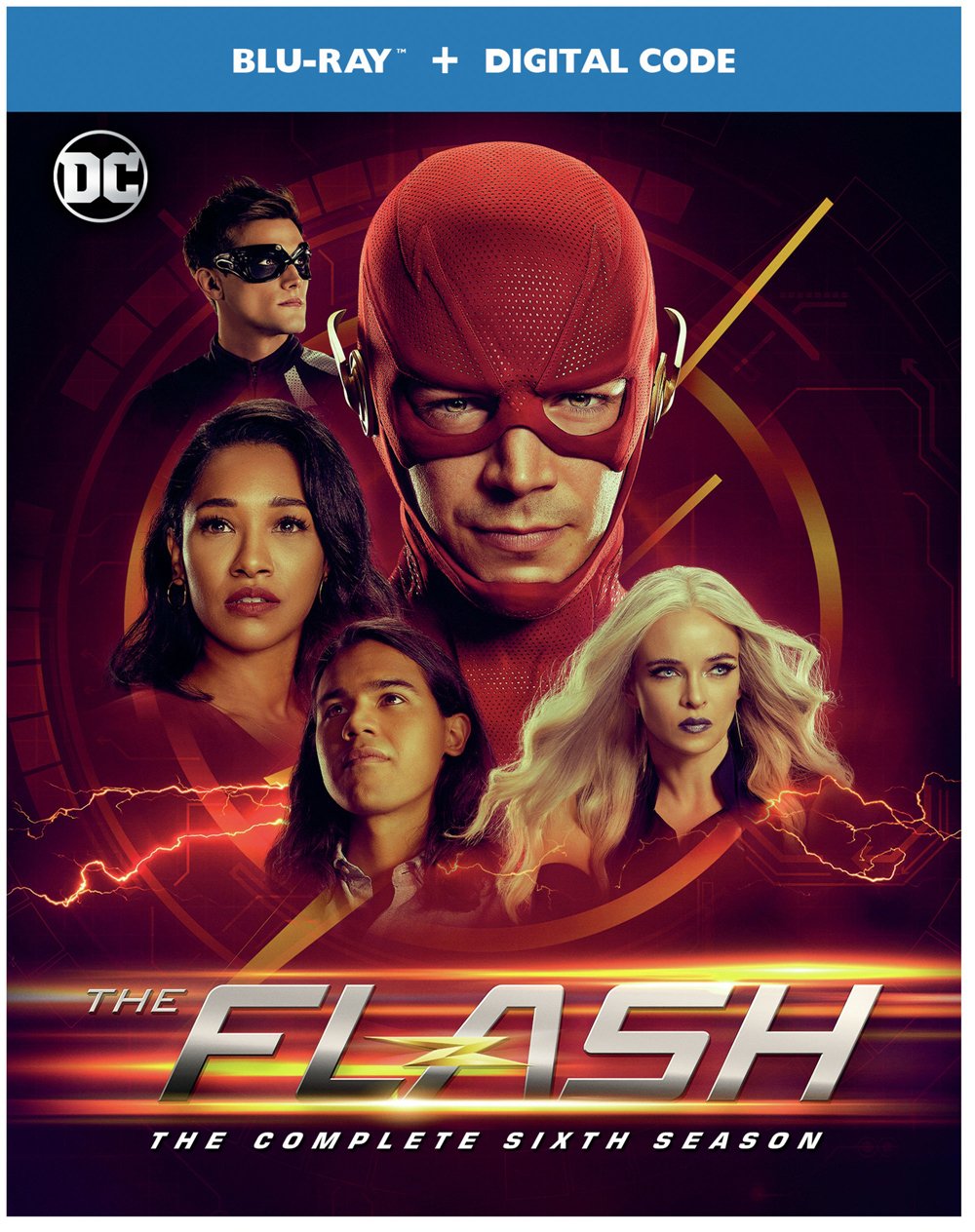 With Blu-ray’s unsurpassed picture and sound, The Flash: The Complete Sixth Season Blu-ray release will include 1080p Full HD Video with DTS-HD Master Audio for English 5.1. Featuring all 19 episodes from the sixth season in high definition, as well as a digital code of the season (available in the U.S. only).

The CW released Promotional Photos Of The Flash episode Fear Me