FOX has renewed PRODIGAL SON for a Second Season, it was announced today by Michael Thorn, President, Entertainment, for FOX Entertainment. 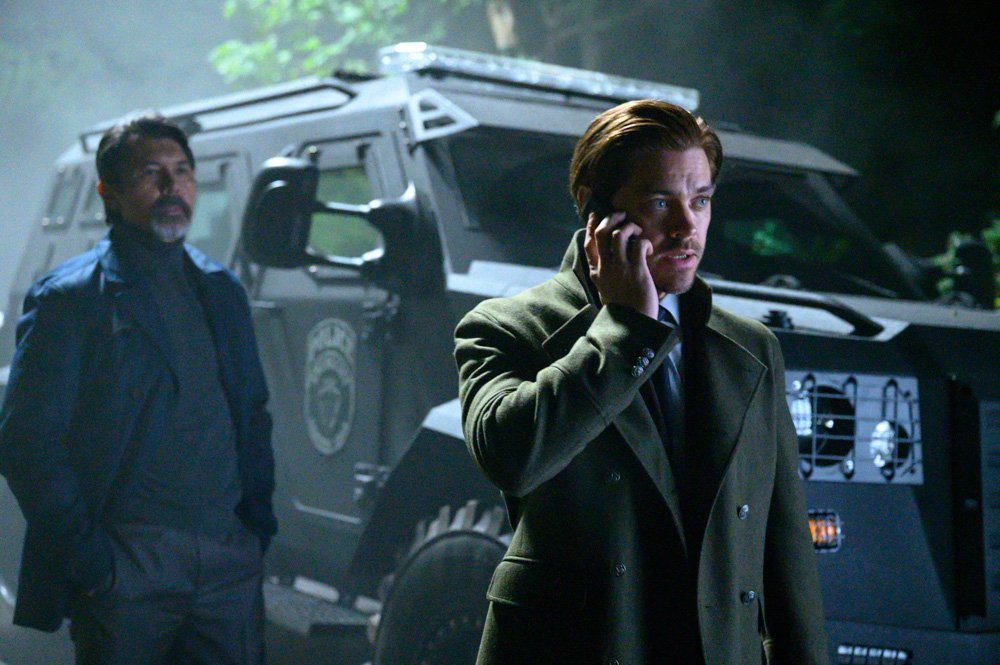 “From the moment PRODIGAL SON premiered, fans have been captivated by the astounding performances turned in by Tom Payne and Michael Sheen, as they go head-to-head in one of most unique family relationships on television,” said Thorn. “Adding to these searing dynamics are the equally compelling portrayals from Bellamy Young, Lou Diamond Phillips, Halston Sage and the entire cast in a brilliant premiere season as told by Chris Fedak and Sam Sklaver. We’d like to thank our friends, Greg Berlanti and Sarah Schechter, and everyone at Warner Bros. Television for helping make a series that left everyone wanting more, and we’re thrilled to have PRODIGAL SON return for our 2020-21 slate.”

PRODIGAL SON follows MALCOLM BRIGHT (Tom Payne), a psychologist who has a gift for understanding how serial killers think, because his father, DR. MARTIN WHITLY (Michael Sheen) was one of the worst, a notorious serial killer called “The Surgeon.” Bright is the best criminal psychologist around and murder is the family business. He uses his twisted genius to help the NYPD solve crimes for his longtime mentor, NYPD Detective GIL ARROYO (Lou Diamond Phillips), all while dealing with his manipulative mother, JESSICA WHITLY (Bellamy Young), his seemingly normal sister, AINSLEY WHITLY (Halston Sage) and a homicidal father still looking to bond with his prodigal son. The series also stars Aurora Perrineau, Frank Harts and Keiko Agena.

In the Season Finale, the events of “the girl in the box”mystery concluded with a shocking twist suggesting that killing runs deep in the Whitly family.

PRODIGAL SON is produced by Berlanti Productions in association with Warner Bros. Television and FOX Entertainment. Chris Fedak and Sam Sklaver created the series, and both are executive producers, showrunners and writers on the show. Greg Berlanti, Sarah Schechter and Adam Kane serve as executive producers. Lee Toland Krieger directed and executive-produced the pilot.

Fox has released the Official Synopsis of Prodigal Son episode "Take Your Father to Work Day" (2.04) that will be aired on Tuesday, February...
Read more
Prodigal Son

CBS reveals Official Synopsis of Magnum P.I. episode Someone to Watch Over Me