Craig Erwich, president, Hulu Originals & ABC Entertainment, today unveiled the ABC primetime schedule for the 2021-2022 season, featuring tentpole returning shows and bold, fresh new series. The network continues to deliver on its success as the season’s No. 1 entertainment network among Adults 18-49 for the second year in a row. This marks the first time the network has won back-to-back consecutive seasons in entertainment in 25 years. ABC also has three of the top five highest-rated entertainment series, the most for any network, with “Grey’s Anatomy,” “The Bachelor” and “The Bachelorette.”

“We are proud to continue to deliver highly entertaining, culturally relevant and powerful stories that further drive our momentum as the No. 1 entertainment network,” said Erwich. “We’ve also made it a priority to be intentionally inclusive across all of our content, and we’re excited to introduce our audience to the rich new characters, bold stories and strong ensemble casts featured in our upcoming programming slate.” 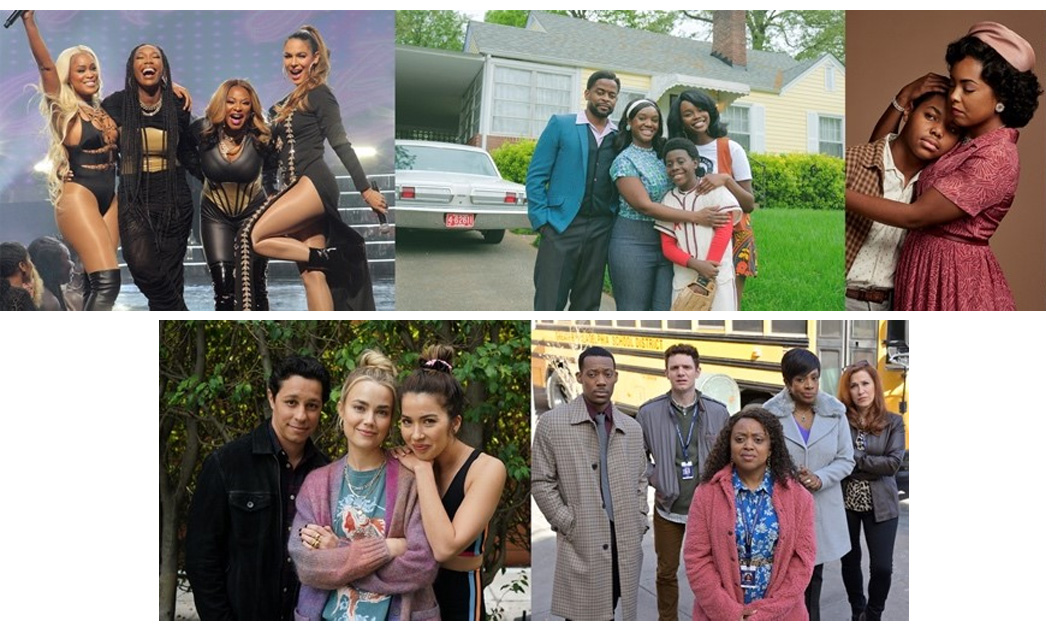 Groundbreaking comedy “black-ish” will receive a deserving sendoff as it returns in midseason for its eighth and final run.

The momentous limited series “Women of the Movement” will premiere as a midseason event, shining a light on Emmett Till’s mother, Mamie Till-Mobley, whose fight for justice for her murdered son galvanized the civil rights movement.

Additional midseason renewals and pickup decisions on the network’s remaining drama pilots will be made at a later time.

Show descriptions for new ABC series are below.

Estranged and out-of-touch, four women in their 40s reunite for a chance to recapture their fame and regain the swagger they had as the Nasty Bitches – their ’90s group that made them legends in the hip-hop world.

Zahir McGhee, Sabrina Wind and Tim Story are executive producers. The series is produced by ABC Signature, a part of Disney Television Studios. The pilot episode is written by Zahir McGhee and directed by Tim Story.

THE WONDER YEARS (Wednesdays, 8:30 p.m. ET)
Inspired by the beloved award-winning series of the same name, “The Wonder Years” is a coming-of-age story set in the late 1960s that takes a nostalgic look at a Black middle-class family in Montgomery, Alabama, through the point of view of imaginative 12-year-old Dean. With the wisdom of his adult years, Dean’s hopeful and humorous recollections show how his family found their “wonder years” in a turbulent time.

ABBOTT ELEMENTARY
In this workplace comedy, a group of dedicated, passionate teachers — and a slightly tone-deaf principal — are brought together in a Philadelphia public school where, despite the odds stacked against them, they are determined to help their students succeed in life. Though these incredible educators may be outnumbered and underfunded, they love what they do — even if they don’t love the school district’s less-than-stellar attitude toward educating children.

Quinta Brunson serves as writer and executive producer alongside Justin Halpern and Patrick Schumacker of Delicious Non-Sequitur Productions. The series is produced by Warner Bros. Television and 20th Television, a part of Disney Television Studios. The pilot episode is written by Quinta Brunson and directed by Randall Einhorn.

MAGGIE
Based on the short film by Tim Curcio, “Maggie” follows a young woman trying to cope with life as a psychic. Maggie regularly sees the future of her friends, parents, clients and random strangers on the street, but when she suddenly sees a glimpse of her own future, Maggie is forced to start living in her own present.

WOMEN OF THE MOVEMENT
“Women of the Movement” tells the story of Mamie Till-Mobley, who in 1955 risks her life to find justice after her son Emmett is brutally murdered in the Jim Crow South. Unwilling to let Emmett’s murder disappear from the headlines, Mamie chooses to bear her pain on the world stage, emerging as an activist for justice and igniting the Civil Rights movement as we know it today.