The CW Network will officially launch its new seven-night 2021-22 primetime schedule in Fall of 2021 with a strategic mix of new and returning original scripted series and alternative programming, it was announced today by Mark Pedowitz, Chairman and Chief Executive Officer of The CW Network. The CW’s 2021-22 network image campaign and new season highlight trailer features the newly released single “Higher Power” from the legendary band Coldplay.

“This year, as we begin to return to more normalized production schedules, The CW is firing on all cylinders. The CW dares to defy by expanding our primetime schedule to include Saturday night and becoming a full 14 hour, seven-day-a-week broadcast network for the first time in its history, offering more original series on both our linear and digital platforms, providing more opportunities for our advertisers and affiliates,” said Mark Pedowitz, Chairman and Chief Executive Officer of The CW Network. “We are rolling out an exciting line-up of our signature returning series which will be joined this upcoming season by the new, reimagined 4400 and the highly anticipated, brand new revival of LEGENDS OF THE HIDDEN TEMPLE along with new series slated for midseason, ALL AMERICAN: HOMECOMING and NAOMI. The CW continues to grow and innovate on a multiplatform basis with more original programming and more ways for advertisers to connect with our audience.”

Sundays are competitive game nights filled with action, adventure and intrigue with the series debut of the reimagined LEGENDS OF THE HIDDEN TEMPLE (8:00-9:00pm ET/PT), followed by the new U.S. version of KILLER CAMP (9:00-10:00pm ET/PT).

The eighth season of THE FLASH (8:00-9:00pm ET/PT) and the sixth season of RIVERDALE (9:00-10:00pm ET/PT) both start their new seasons this fall with special five-episode events on Tuesdays.

The CW’s new hit series WALKER gallops into its second season returning to Thursdays (8:00-9:00pm ET/PT), once again paired with the supernatural students from Mystic Falls for the fourth season of LEGACIES (9:00-10:00pm ET/PT).

Additionally, every episode from the upcoming 2021-2022 season of 4400, ALL AMERICAN: HOMECOMING, BATWOMAN, DC’S STARGIRL, KUNG FU, NAOMI, NANCY DREW, SUPERMAN & LOIS and WALKER as well as KILLER CAMP, LEGENDS OF THE HIDDEN TEMPLE, PENN & TELLER: FOOL US, WHOSE LINE IS IT ANYWAY? and WORLD’S FUNNIEST ANIMALS will be available to stream on The CW’s free digital platforms (The CW app and CWTV.com) following its broadcast on The CW Network.

Following is The CW’s Fall Primetime Schedule for the 2021-2022 Season and accompanying details on each new series. 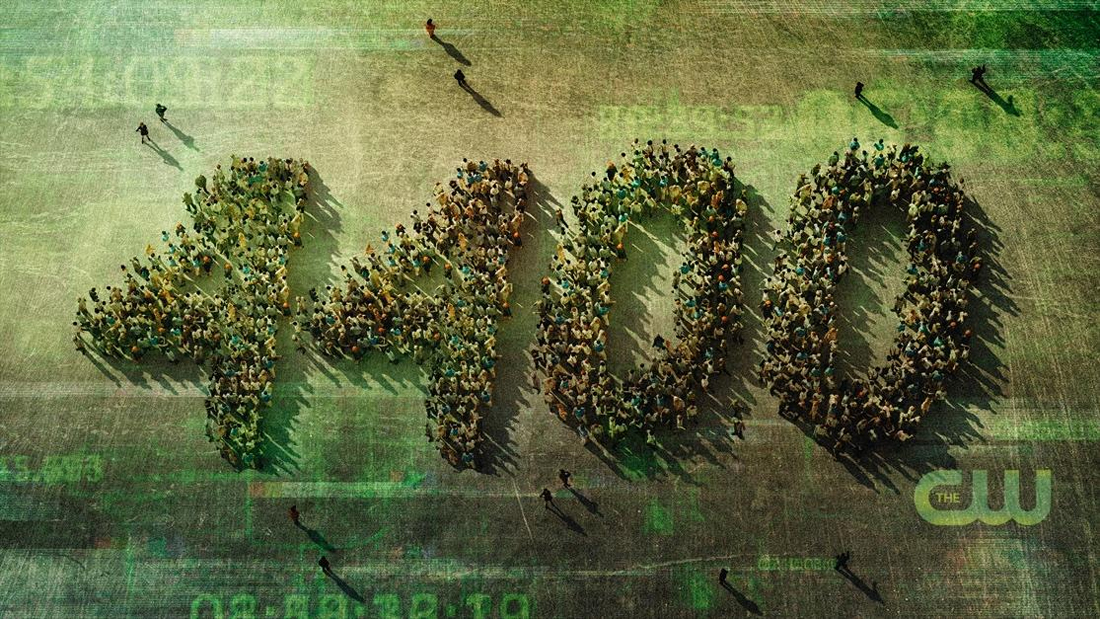 Over the last century at least, four thousand four hundred people who were overlooked, undervalued, or otherwise marginalized vanished without a trace off the face of the planet. Last night, inexplicably, they were all returned in an instant to Detroit, MI, having not aged a day and with no memory of what happened to them. As the government races to understand the phenomenon, analyze the potential threat, and contain the story, an empathetic social worker (Joseph David-Jones, “Arrow”) and hardened community corrections officer (Ireon Roach, “Candyman”) are among the civil servants called upon to deal with the uncanny refugees. The new partners clash in ideology and approach, but gradually find they have more in common than they thought as they become familiar with those under their care, including: a lawyer and resilient young mother from the early aughts (Brittany Adebumola, “Grand Army”), whose unexpected reunion with her estranged husband (Cory Jeacoma, “Jersey Boys”) and suddenly teenaged daughter is immediately rocky; a WWI Army surgeon fresh from the Harlem Renaissance (TL Thompson, Broadway’s “Straight White Men”); an influential hidden figure from the Mississippi civil rights movement (Jaye Ladymore, “Empire”); a black sheep reverend-scion born to a notable televangelist family in 1990s Chicago (Derrick A. King, “Call Your Mother”); a seemingly shallow but misunderstood D-list reality TV star (newcomer Khailah Johnson) from Miami, circa 2015; and two wildly different unaccompanied teens, a vibrant girl (newcomer Autumn Best) whose bell bottoms give away her 1970s upbringing, and an introspective, prescient boy (Amarr Wooten, “Liv and Maddie”) whose origin remains a mystery. These unwilling time travelers, collectively the 4400, must grapple with their impossible new reality, the fact that they’ve been returned with a few…upgrades, and the increasing likelihood that they were brought back now for a reason they’re only beginning to understand. Based on the original TV series created by Scott Peters and Renee Echevarria, 4400 is from CBS Studios and is executive produced by Ariana Jackson, who wrote the pilot, Sunil Nayar, and Anna Fricke and Laura Terry of Pursued By a Bear.

LEGENDS OF THE HIDDEN TEMPLE 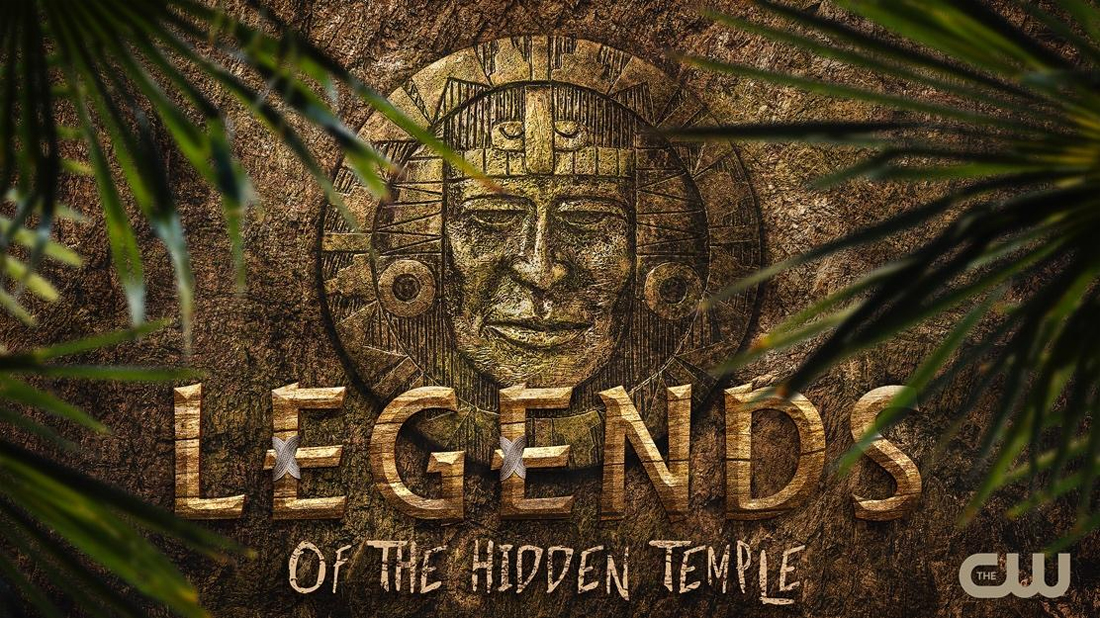 This supersized, adult version of LEGENDS OF THE HIDDEN TEMPLE is taken out of the studio into a “jungle” and scaled up with tougher challenges and much bigger prizes on the line. It preserves the original Nickelodeon series’ favorite elements including: “Olmec” (the giant talking Mayan head), the“Moat Crossings,” “The Steps of Knowledge,” the “Temple Run,” and of course, the iconic team names: “Purple Parrots,” “Blue Barracudas,” “Orange Iguanas,” “Red Jaguars,” “Silver Snakes” and “Green Monkeys.” Every episode is a hero’s journey through a mysterious jungle. Five teams begin the journey, but only one is “strong enough and smart enough” to enter the ominous Olmec’s Temple, avoid the “dreaded” Temple Guards, retrieve a lost treasure, and return it to its rightful owner. Based on the original game show created by David G. Stanley, Scott A. Stone and Stephen R. Brown, LEGENDS OF THE HIDDEN TEMPLE is produced by Stone & Company Entertainment and Nickelodeon. The series is executive produced by Scott A. Stone and Marcus Fox (“Paradise Run”). 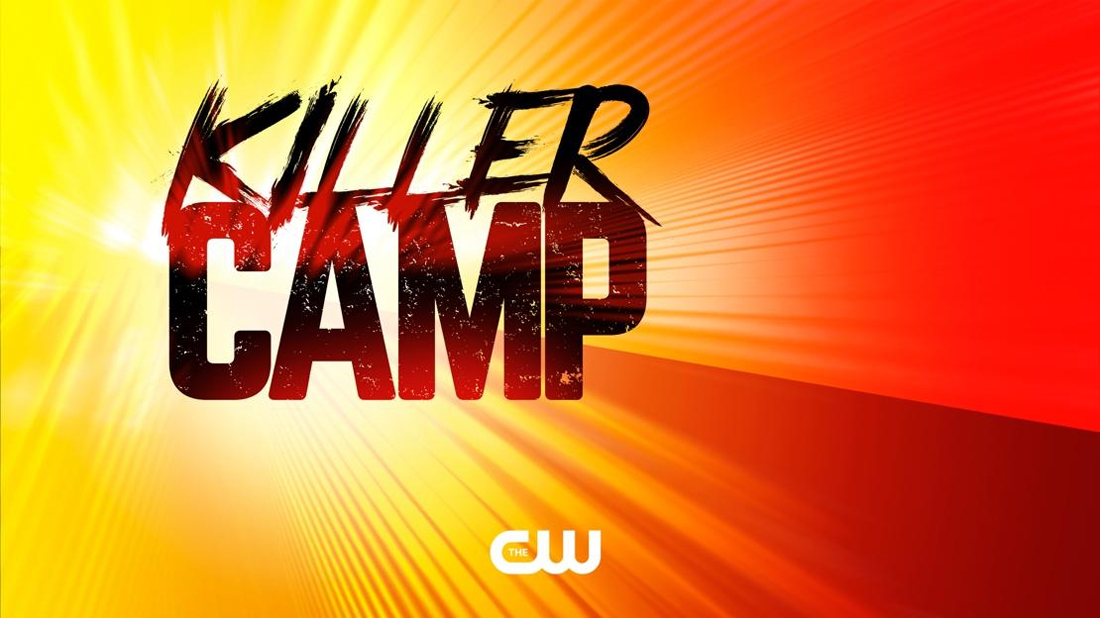 The new U.S. version of KILLER CAMP will return to “Camp Pleasant” as a mix of 13 unlucky American and British campers navigate through new deadly twists and surprises while competing to expose the “killer” among them for a share of the $50,000 cash prize. Each night, one of them will be viciously dispatched by camp handyman Bruce, who’s back with counselor Bobby (comedian Bobby Mair), and a whole host of surprises and hilariously elaborate new murders. Executive produced by Karen Smith and Steph Harris with Ben Wilson as Showrunner, KILLER CAMP is produced by Tuesday’s Child Television and distributed by Keshet International. 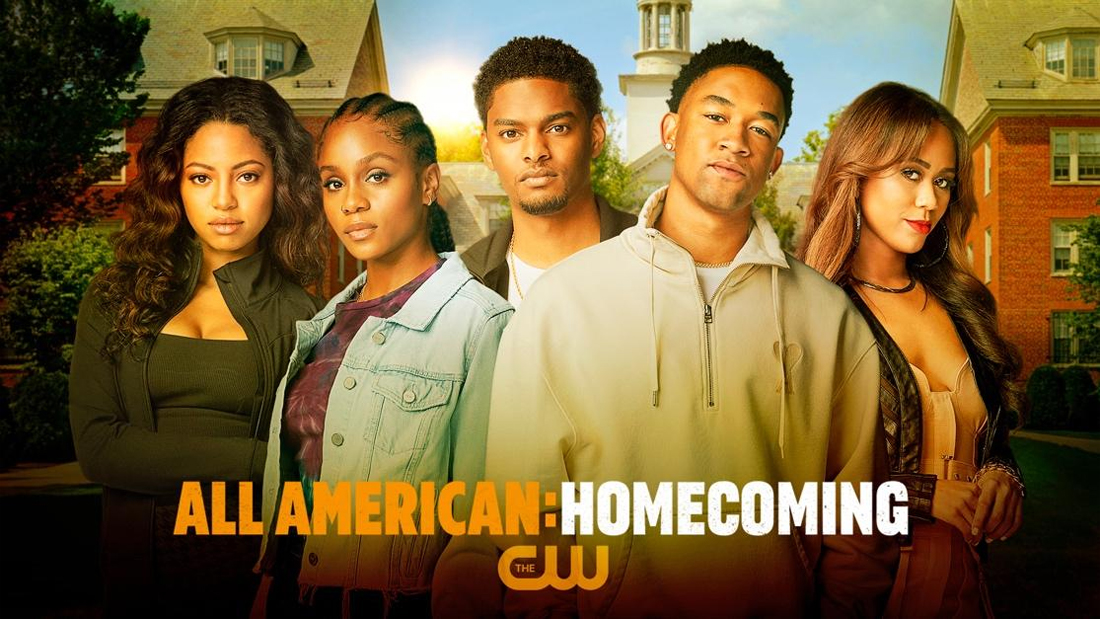 From the executive producers of ALL AMERICAN, ALL AMERICAN: HOMECOMING is a young adult sports drama set against the backdrop of the HBCU (Historically Black Colleges and Universities) experience at Bringston University, where Black excellence is a way of life. The series follows Simone (Geffri Maya, “All American”), a young tennis hopeful from Beverly Hills who is trying to fight her way back to great after some time away from the court, and Damon (Peyton Alex Smith, “Legacies”), an elite baseball player from Chicago who is carrying the weight of the world on his shoulders. After Simone’s aunt Amara Patterson (Kelly Jenrette, “Manhunt”), a journalism teacher and activist, exposes a scandal that threatens to derail the school’s beloved baseball program, new coach Marcus Turner (Cory Hardrict, “The Outpost”) is determined to bring a championship back to Bringston the honest way — with Damon’s help. Damon will adjust to his new normal with fellow baseball player and childhood friend JR (Sylvester Powell, “Five Points”) by his side. Meanwhile, as Simone struggles to find her footing, she will get a little guidance from Thea (Camille Hyde, “Katy Keene”), the super-competitive queen bee of the Bringston tennis team, and Keisha (Netta Walker, “Come as You Are”), the school’s unofficial mayor, who will help Simone learn how to live her best life. As they contend with the high stakes of college sports, Simone and Damon will also navigate the highs, lows, and sexiness of unsupervised early adulthood at a prestigious HBCU. ALL AMERICAN: HOMECOMING is written and executive produced by Nkechi Okoro Carroll, and executive produced by Greg Berlanti, Sarah Schechter, David Madden, and Robbie Rogers. Michael Schultz (“All American,” “Black Lightning”) directed the pilot episode. The series is from Berlanti Productions in association with Warner Bros. Television. 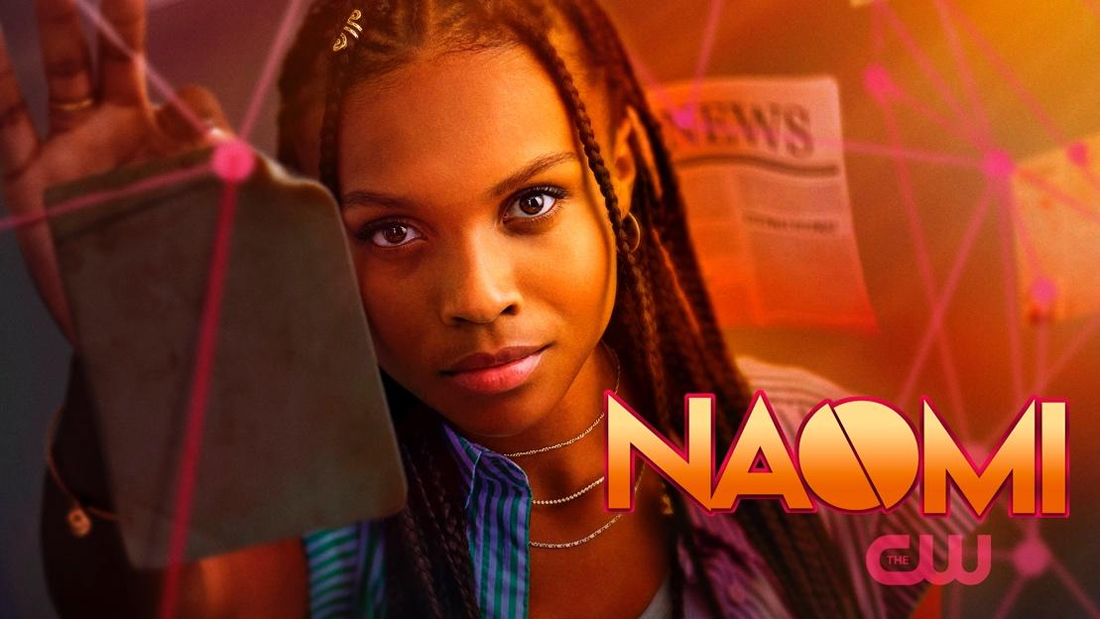 From Oscar® nominee/Emmy® winner Ava DuVernay and Jill Blankenship (“Arrow”), and starring Kaci Walfall (“Army Wives,” “Power,” “The Lion King” on Broadway) in the title role, the DC drama NAOMI follows the journey of a cool, confident, comic book–loving teenager as she pursues her hidden destiny. When a supernatural event shakes her small hometown of Port Oswego, Naomi sets out to uncover its origins, with a little help from her fiercely loyal best friend Annabelle (Mary-Charles Jones, “Kevin Can Wait”). She also has the support of her adoptive, doting parents, veteran military officer Greg (Barry Watson, “7th Heaven,” “The Loudest Voice”) and linguist Jennifer (Mouzam Makkar, “The Fix”). After an encounter with Zumbado (Cranston Johnson, “Filthy Rich”), the mysterious owner of a used car lot, leaves her shaken, Naomi turns to tattoo shop owner Dee (Alexander Wraith, “Orange Is the New Black”), who becomes her reluctant mentor. While unraveling the mystery of herself, Naomi also navigates her high school friendships with both military kids and local townies, including ex-boyfriend and high school jock Nathan (Daniel Puig, “The System”); Annabelle’s longtime, loyal boyfriend Jacob (Aidan Gemme, “Deliver Us From Evil”); proud “townie” Anthony (Will Meyers, “Bad Education”); and fellow comic book enthusiast Lourdes (newcomer Camila Moreno). As Naomi journeys to the heights of the Multiverse in search of answers, what she discovers will challenge everything we believe about our heroes. Based on the characters from DC, NAOMI is written and executive produced by Ava DuVernay and Jill Blankenship, and executive produced by Sarah Bremner and Paul Garnes of ARRAY Filmworks. Amanda Marsalis (“Echo Park,” “Queen Sugar”) directed and co-executive produced the pilot episode. The series is from ARRAY Filmworks in association with Warner Bros. Television.