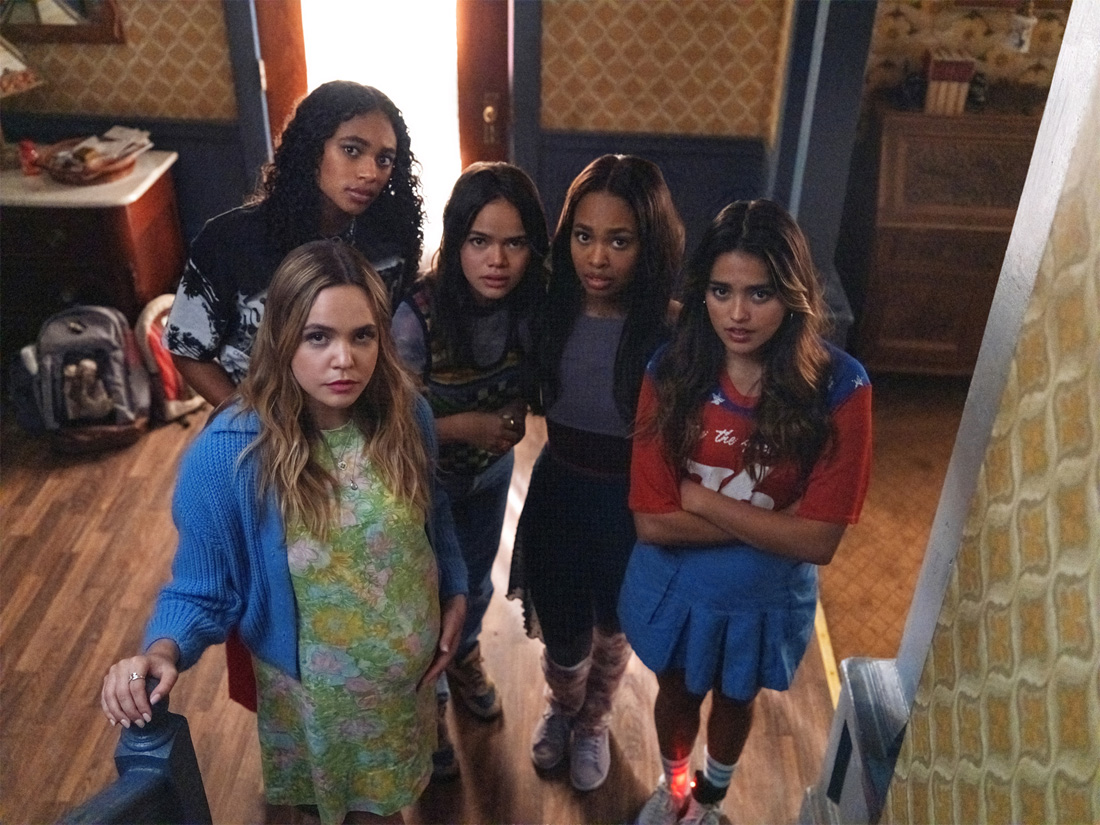 Executive produced and written by Roberto Aguirre-Sacasa (“Riverdale,” “Chilling Adventures of Sabrina”) and co-executive produced and written by Lindsay Calhoon Bring (“Chilling Adventures of Sabrina”), this dark take on the teen melodrama introduces a new generation of Liars who are tormented by A — a masked killer hellbent on punishing them for the sins of their mothers, as well as their own.

Twenty years ago, a series of tragic events almost ripped the blue-collar town of Millwood apart. Now, in present day, a disparate group of teen girls — a brand-new set of Little Liars — find themselves tormented by an unknown Assailant and made to pay for the secret sin committed by their parents two decades ago…as well as their own. In the dark, coming-of-age, horror-tinged drama Pretty Little Liars: Original Sin, we find ourselves miles away from Rosewood, but within the existing Pretty Little Liars universe — in a brand-new town, with a new generation of Little Liars.

The series is produced by Aguirre-Sacasa’s Muckle Man Productions and Alloy Entertainment (“Gossip Girl,” “Pretty Little Liars,” “The Vampire Diaries,” “You”) in association with Warner Bros. Television. I. Marlene King (who developed the original “Pretty Little Liars”), Michael Grassi, Caroline Baron, and Alloy’s Leslie Morgenstein and Gina Girolamo are also executive producers of the series, which is based upon the bestselling series of books by Sara Shepard, published by Alloy Entertainment.