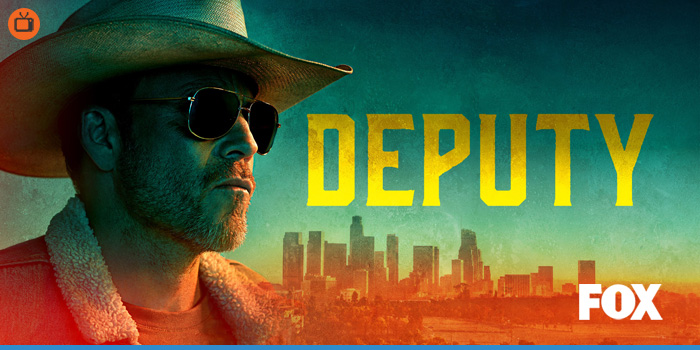 From director/executive producer David Ayer (“Training Day,” “End of Watch”), DEPUTY blends the spirit of a classic Western with a modern-day attitude and emotionally driven, visceral storytelling. Featuring an ensemble of ambitious and complicated people who won’t rest until justice is served, DEPUTY brings a gritty authenticity to the modern cop drama.

The Los Angeles County Sheriff’s Department is one of the largest police forces in the world, but when the elected Sheriff dies, an arcane rule in the county charter, forged back in the Wild West, suddenly thrusts the most unlikely man into the job. That man is BILL HOLLISTER (Stephen Dorff, “True Detective,” “Star”). A fifth-generation lawman, Bill is only interested in justice; his soul wears a white hat. The bad guys don’t stand a chance, but neither do the politicos in the Hall of Justice.

Given a job he never wanted, in an unfamiliar sea of politics, Bill quickly learns that doing what is expected and doing what is right are two different things, and that his innate, dogged pursuit of justice is the only skill the job truly requires.

Daniël Bevers - December 4, 2021 0
Amazon Prime Video has released six First Look Promotional Photos of Reacher that will premiere on Friday, February 3, 2022. Get a first look at...

Daniël Bevers - December 4, 2021 0
CBS Entertainment has released the Official Synopsis of NCIS: Los Angeles episode "Lost Soldier Down" (13.07) that will be aired on Sunday, January 2...

Daniël Bevers - December 4, 2021 0
CBS Entertainment has released the Official Synopsis of FBI: International episode "One Kind of Madman" (1.09) that will be aired on Tuesday, January 4...