The thrilling and terrifying journey of the Winchester brothers continues as SUPERNATURAL enters its eleventh season. Sam (Jared Padalecki) and Dean (Jensen Ackles) have spent their lives on the road, battling every kind of supernatural threat. Over the years, after countless bloody adventures, they have faced everything from the yellow-eyed demon that killed their mother to vampires, ghosts, shapeshifters, angels and fallen gods. With the help of allies — both human and supernatural — they’ve discovered that every victory comes with a price.

In the show’s tenth season, the Winchester brothers faced their most personal threat yet. The all-powerful Mark of Cain threatened to consume Dean, turning him into one of the monsters he has spent his life hunting. Meanwhile, a formidable witch, Rowena (Ruth Connell), rose to power to claim her position at the right hand of the King of Hell, Crowley (Mark Sheppard). Once Rowena revealed herself to be Crowley’s mother, the King was forced to choose between his family and the Winchesters. All while Sam, with the help of Castiel (Misha Collins), Crowley, and some unlikely allies, waged a desperate battle to save Dean from the Mark of Cain.

Sam struck a dangerous deal with Rowena – she would cast a spell to remove the Mark from Dean, but in exchange for the Book of the Damned. And removing the Mark releases The Darkness, an unstoppable evil force that was locked away by God. Rowena’s spell works, and Dean is free from the Mark of Cain, but now The Darkness is free as well. And the Winchesters now must face the most powerful danger they have ever known, one that even God could not destroy. 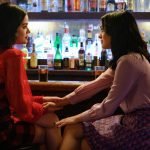 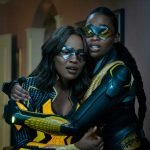