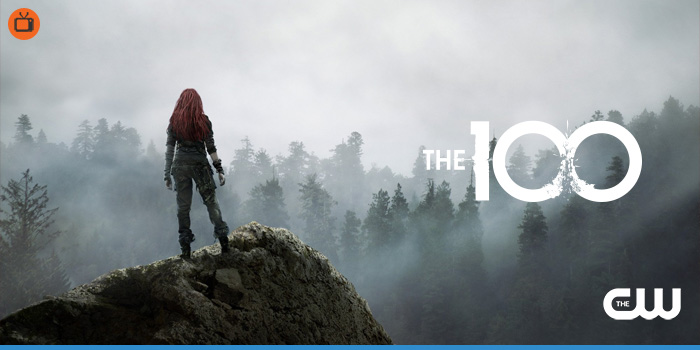 Season one of THE 100 saw the human race return, after a 97-year exile in space, to a wildly transformed Earth…only to discover that the human race had never truly left. Clarke found herself forced to lead a band of disposable juvenile delinquents as they faced death at every turn: from a world transformed by radiation, from the fierce Grounders who somehow managed to survive in it, and, perhaps worst of all, from themselves.

Though Clarke was alternately challenged and supported by rival leader Bellamy, the two found common purpose: survival. Through it all, Finn was helplessly drawn to Clarke, destroying his long-standing relationship with the brilliant young mechanic, Raven. And Octavia got close to a possible enemy Grounder, Lincoln – some say too close. Meanwhile, as The 100 fought for their lives on the ground, The Ark’s situation was no better. Though Abby believed that The 100 were still alive, she didn’t have proof and couldn’t stop Kane’s population reduction. The killing of 320 volunteers and the subsequent realization that it was in error broke Kane and enflamed a revolution on the Ark that Jaha, despite his best efforts, was powerless to stop. Both on the ground and in space, the final episodes revealed the true desperation of their plight, as our heroes risked everything just to stay alive. Noble sacrifices and heartbreaking choices changed everyone forever, and left them scattered to the wind at season’s end.

The epic second season picks up with the group still scattered and desperate to be reunited. As members of The 100 and new arrivals from the Ark stake out their place in a dangerous and beautiful new world, they are confronted with the physical peril and moral dilemmas that come with reforging society. What kind of life will they build? And what will it cost them? This season’s quest will challenge them more than anything that’s come before. Hearts will be broken. Lives will be lost. Heroes will be born.

ABC released Promotional Photos Of Marvel’s Agents Of S.H.I.E.L.D. episode The End is at...

ABC reveals Official Synopsis of Marvel’s Agents of S.H.I.E.L.D. episode The End is at...